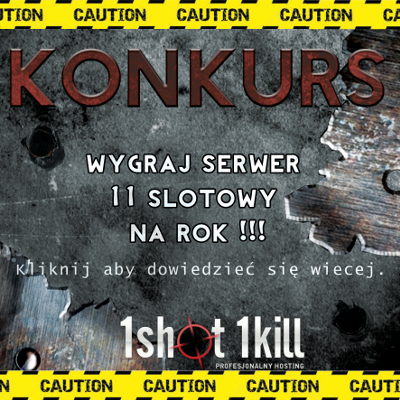 Most of the critical comments around Russ come from anonymous sources. The only teammate to ever throw any kind of shade at <a href="https://www.coachwebsitefactorylogin.com/"><strong>coach factory store online</strong></a> all at Russ was Kevin Martin when he said "No one is trying to win a scoring title here" after a half season of success in Minnesota. Even then that sounds likely shade more thrown at KD (since KD did win the scoring title) than Russ.

There was also the time a few years ago when JJ Reddick said he thought Russ used the ball way too much and it was easy for his team (The Clippers) to defend. He didn realize it until they played eachother. Which, IMO, was true. This was the year KD went down and Russ was far easier to defend than the past 2 years.

For cap reasons I cannot see this ever happening. But I think he love to play with Russ and the Thunder.

Thanks for responding. Not trying to start a battle with anyone over this. I genuinely did not enjoy a single thing in TLJ (except one), and I consider myself a lifelong die hard star wars fan. Some things that caused all of your moments to not resonate with me and (I assume) legions of other fans.

Hyperdrive kamikaze invalidates the entirely of all space battles/plots of all prior SW <strong><em><a href="http://www.outletcoachfactorystore.com">Coach Factory Outlet Store</a></em></strong> movies. Science in this science fiction universe is no longer consistent or logical. The moment this happened I immediately thought "they should have done this to both deathstars, the Executor, any number of other high value imperial targets". Why even go through the trouble of building a deathstar? You could destroy a planet with a large mass hyperspace missile much easier.

Kylo killing Snoke not earned. Happened way too soon in the trilogy. We don even know anything about Snoke, how he is so powerful, how did <strong><em><a href="http://www.outletscoachfactoryonline.com">click here</a></em></strong> he corrupt Kylo, where was Snoke during PT and/or OT?

Kylo + Rey vs the guards cool scene. The only part of the movie I liked. I wish this could have still happened without Snoke being killed off. I don think Kylo or Hux can carrying the "villian" role in IX or beyond.

Luke vs FO Knowing that its an illusion ruins any of the appeal of <a href="http://www.petcarebyjennifer.com"><em><strong>coach factory outlet online</strong></em></a> this scene to me. Luke vs Kylo lightsaber "duel" was even more of a letdown since he was an illusion and their sabers couldn even cross without giving it away. A huge epic emotional payoff opportunity (Luke vs his dark side nephew) totally wasted. And Luke still dies anyway. Killing Luke would have done a great deal to cement Kylo as a worthy and powerful enough a villian in IX and beyond.

The version of Yoda that talked to Luke was completely out of character. This Yoda was the annoying "disguise" Yoda from Dagobah. Its almost like RJ never watched Star Wars before, except the first five minutes of meeting Yoda in ESB. Its completely out of character for Yoda, who trained Jedi for 900 years, would set fire to the Jedi tree/manuals. It was not the Jedi ways that failed. They were simply outsmarted and defeated by the Sith. Yoda would understand this. Thats why he didn give up after RotS he hid and waited until Luke/Leiah were old enough to be trained as Jedi to defeat the Sith. He didn just "throw away" all <a href="http://www.coachfactoryonlinesale.us"><em><strong>cheap coach purses</strong></em></a> the Jedi philosophy.

I seen a lot of complaints about the hyperdrive kill. When I first saw the movie I had the same thoughts that this breaks the universe since it was so powerful. However, that is only true if this method of attack is never referenced again.

History is full of "huh, I guess that actually is a good idea" moments. Especially military history. Wedge formation, shield walls, feigned retreats are all tactics that today we think are obvious, but took centuries of practice before they became the norm. And with <a href="https://www.coachstoreonlinefactory.com/"><strong>Coach factory outlet website</strong></a> the hyperdrive kill, you have a few things working in the non universe breaking meta:

Typically in the past if you could power up your hyperdrive you would just run away. We seen it before in the Star Wars universe. Different with TLJ is the First Order can track you through hyperspace. So, now instead of the default "runaway" option that has always been used before someone decided to investigate a new tactic. As with most movie plot holes that rely on "the protagonist should know all", I feel like this gets the pass. I mean, nothing in the Star Wars universe has led us to expect a different outcome when two entities collide through hyperspace.

All the next movie has to do is have a throwaway line about the new shield emitters being able to deflect ships at hyperspeed. The plot hole is closed pretty nicely. I fully expect this line to happen in Episode 9 and all will be forgiven.

If I were in the design room I would have made the attack less powerful. Destroying one ship makes sense. Even leaving a cartoonish Capitol Ship Shaped Hole would have made it less overpowered. But as it is I still think it fits into the continuity without breaking anything once again as long as they have technology address ways to prevent this attack in the future.

I understand that line of thought. As mentioned, I came to terms with it because of how much of a fan of history I am and how these kinds of events aren that uncommon. While thousands of years is obviously an enormous amount of time, and one that has no precedent in our real world history, I can still reason that the idea of weaponizing space travel hasn been consistently tested. There still plenty of in cannon ways that this can be rectified (as other posters have hinted at) and I think longterm this will be seen as less of an issue.

For example there has to be a reason that a fleet is able to all enter hyperdrive at the same time but not explode on even the slightest miscalculation. Some sort of safety mechanism in the hyperdrive that detects the trajectory of objects and makes adjustments to ensure you don collide would definitely help explain it. Then the reason this hasn been realized before is because there hadn been an accident in 1,000 years even the faulty the hyperdrives always had their calculations in check.

But that just an explanation pulled out of my ass. Especially if Episode 9 just completely ignores the kamikaze strategy when the inevitable First Order Weapon of Doom threatens to wipe out the Resistance once and for all (we all know that going to happen). I just optimistic that this will be addressed.

The amount of zombies Mama Leone and Liv were creating were insignificant and wouldn have come close to threatening zombie/human coexistence. He completely blew their actions out of proportion. The bigger issue was public relations with the outside world. Win the world over by saving those with terminal illnesses who are willing to become zombies, and you get more than enough brains from gratitude and sympathy. What a better situation? Barely enough brains for a small zombie population, or more than enough brains for a small but slightly bigger zombie population?

He was stuck. To keep the population at a minimum he had to mandate that no new zombies be created. His flaw was he should have allowed official means to create new Zombies (terminal illness, registration, something). But as was said by Major in the last episode, the US government was not going to allow that. Even if the Government would have been on board with an official zombification program, you then have the problem of creating a system where you can manage the integration of so many new zombies and likely thousands upon thousands of terminally ill people begging to become a zombie.

I greatly empathize with what Chase had to go through all season. I didn agree with the initial plan of turning everyone with the flu into a zombie, but how he managed the city afterwards made perfect sense.